Liverpool are expected to beat Crystal Palace on Saturday, but do Eagles fans believe they can be the Reds’ bogey team once more?

Jurgen Klopp‘s men followed up last weekend’s win at Leeds with a highly entertaining 3-2 triumph over AC Milan in the Champions League on Wednesday.

Up next for Liverpool is the visit of Palace, with the Eagles causing plenty of misery for them in years gone by.

Patrick Vieira is now in charge after replacing Roy Hodgson and they outlined their threat with a 3-0 win over Tottenham last time around.

With kickoff on the horizon, we spoke to writer and fan Alex Jones (@acjonesy1) to hear all about Palace, Liverpool and how Saturday’s game could play out.

How would you assess Palace’s summer overall?

I think that the ever-public Crystal Palace chairman offered a succinct rating of the window that was emblematic of the wider fanbase when he gave the club a nine out of ten.

Neutrals will be all-too-aware of the narrative surrounding the Eagles ahead of this season. We had legions of average, ageing players on generous wages – even by Premier League standards – finding themselves out of contract.

That necessitated big spending in a bid to rejuvenate the squad with younger league-ready players. Clearly, there was plenty of work to do and the club met that call with a transfer masterstroke.

We brought in a prodigious young winger in Michael Olise – arguably the Championship’s brightest spark in the last campaign – for just £8 million.

Then arrived Marc Guehi who is swiftly looking to be an accomplished defensive bulwark and already captains the England Under-21s.

We also brought in former Fulham star Joachim Andersen for just £15 million to partner Guehi, who helped to nullify Harry Kane and Tottenham at large in the weekend’s 3-0 win.

When you add other recognised talents in the engine that is Conor Gallagher and Watford’s former star into the mix, the rebuild was already shaping up in terms of ticking every box.

But the cherry on top was surely Odsonne Edouard. The best is yet to come from the former Celtic ace who scored a brace in a mere flash off the bench against Spurs to complete the routing and he is sure to excite.

Every club has an insatiable drive for more business and to improve the squad, but to say that Palace should realistically have achieved more in the window is greedy, to say the least.

We’re in dreamland and incredibly optimistic with regards to the future with this squad.

What are your realistic aspirations for the season? 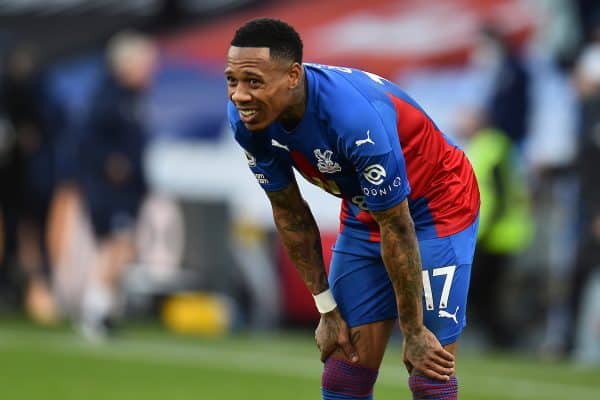 We don’t expect the world, despite an ambitious window and a transition to a more dynamic and possession-orientated style.

Fans feel more concerned about how well that style is implemented, and the sorts of underlying results yielded.

A mid-table finish is more than acceptable and our finishing spot is secondary to most fans.

How has Vieira settled in to life at Selhurst Park? 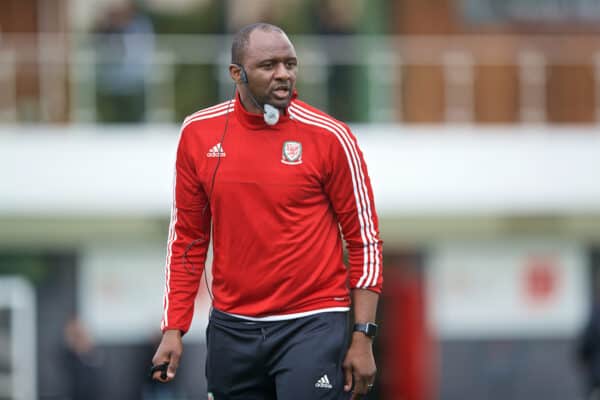 Superbly. Fans are frustrated with the interminable chorus of pundits and neutrals making lazy comparisons between Patrick Vieira and Frank de Boer.

There seems to be a bizarre agenda from some sections of the media against him; the two managers are nothing alike in terms of everything from tactics to demeanour and playing style – and the results differ too.

Neutrals will remember De Boer’s south London disasterclass in which his side failed to score in four league games and lost every single one.

Vieira has only lost one in four – against the champions of Europe Chelsea – almost nicked wins against Brentford and West Ham, has five points from his opening four games and has two clean sheets under his Palace side.

It’s been a worthy start that proves his doubters wrong, providing cause for optimism in the process.

Who do you view as Palace’s three most important players?

It’d be easy to rattle on and praise talismanic forward Wilfried Zaha to the heavens, and rightly so.

He will undoubtedly play a huge part this season, but I feel it is better to shift the spotlight onto three other crucial pieces in the Palace puzzle.

Andersen is a man I have a particular soft spot for, and one rooted in his pivotal role in Vieira’s new-look side. His leadership, defensive ability and passing range are essential for a side looking to play out from the back.

Similarly, Gallagher brings boundless, terrier-like energy to the midfield in a box-to-box role and will be essential in driving attacks forward.

His assist against Spurs and his West Ham brace proves his direct creativity and the loanee is already burrowing his way into the hearts of fans.

Finally, Edouard. His brace in his 10-minute cameo against Spurs is indicative of the deadline day arrival’s ability and he has the poacher’s potency that Palace have been long-starved of.

He’s a threat for any side and I’m backing him to hit over 10 goals comfortably this season. He’s already 20 percent of the way there!

How do you assess Liverpool’s title chances? 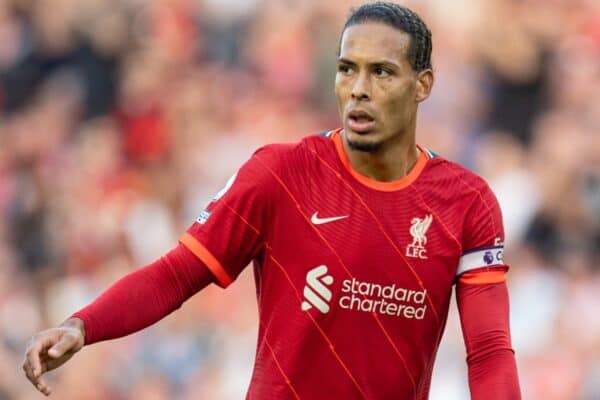 I’d say it’s a four-horse race between Liverpool, both Manchester sides and Chelsea.

All have invested shrewdly, albeit varyingly, but are stacked with quality and depth to see out a formidable campaign.

I can see Liverpool coming close and expect them to clinch one of the top two spots.

I wouldn’t be fazed by Ibrahima Konate standing out as the only major acquisition; Reds fans should back the quality and depth on their books.

The return of Virgil van Dijk and the reinforcement of his defensive partners restores the bedrock necessary for Liverpool to go on a real title charge.

Who do you fear most for the Reds this weekend? 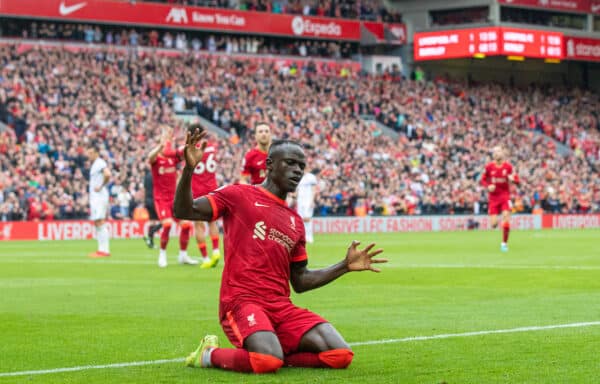 Sadio Mane is the one name among many world-class talents that sticks out in the mind.

His track record against Palace is electrifyingly formidable, and as much as I love loyal club servant Joel Ward, I can see the right-back struggling to contain him.

Where will the key battles take place at Anfield?

Given the quality of Mohamed Salah and Mane, and the emphasis by both Palace and Liverpool on wing play, the attacking full-backs for both teams are going to be particularly crucial.

Both sides are in for tough tests against high-energy opposition and the flanks could make the difference between dominance and defeat.

Equally, given Guehi and Andersen’s machine-like efficiency in utterly nullifying Kane and Lucas Moura, I’m intrigued as to how the Liverpool forwards are handled by our much-loved new defensive duo.

Both defenders look like incredibly talented signings that have scarcely put a foot wrong during the campaign thus far.

And finally, what’s your prediction? 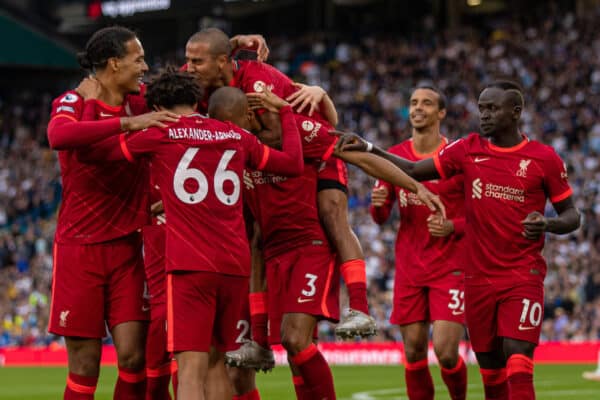 As an Eagles fan, I have to revert to my pessimistic default. We can’t have two upsets in a row.

I think it will be a close, tetchy affair for both sets of fans and Palace have a fair shout of scoring, but I feel the quality of Liverpool will prove to be too great in the end.

Chelsea’s Edouard Mendy has been labelled the best goalkeeper in the Premier League by Brad Friedel following his i...

END_OF_DOCUMENT_TOKEN_TO_BE_REPLACED

It was two goals in two games for Harvey Blair and his winner ensured Liverpool under-18s assume a commanding position in the Prem...

END_OF_DOCUMENT_TOKEN_TO_BE_REPLACED

There is one thing Reds will have come to expect so far this season and that’s goals with 33 in just 11 games. But their record on...

END_OF_DOCUMENT_TOKEN_TO_BE_REPLACED

Watch Salah’s genius goal at Watford again, in every angle!

Just when you thought we’d have to wait to see another goal akin to that scored against Man City, Mo Salah pulls out yet another s...

END_OF_DOCUMENT_TOKEN_TO_BE_REPLACED

Any chance, Mo? Not content with cementing his position as undoubtedly the greatest player in the world right n...

END_OF_DOCUMENT_TOKEN_TO_BE_REPLACED

Hello and welcome to the Liverpool ECHO's Sunday live blog for all your very latest Liverpool news, rumours and transfer gossip. Th...

END_OF_DOCUMENT_TOKEN_TO_BE_REPLACED

Your morning digest for Sunday, October 17. Gary Neville on 'big moment' in title race and why Liverpool could ...

END_OF_DOCUMENT_TOKEN_TO_BE_REPLACED

Jurgen Klopp has dismissed comparisons between Mohamed Salah and Lionel Messi – and detailed how Liverpool’s pl...

END_OF_DOCUMENT_TOKEN_TO_BE_REPLACED

Liverpool manager Jurgen Klopp believes Mohamed Salah is currently the best player in the world after he scored another world-class ...

END_OF_DOCUMENT_TOKEN_TO_BE_REPLACED

Firmino sends message There was no way Roberto Firmino was missing this opportunity. The ball had barely ruffle...

END_OF_DOCUMENT_TOKEN_TO_BE_REPLACED

Liverpool's U23s were in action in Premier League 2 on Saturday afternoon and comfortably beat opponents Arsena...

END_OF_DOCUMENT_TOKEN_TO_BE_REPLACED

Liverpool, Manchester City and Chelsea all won their respective games on Saturday and the London club reclaimed...