The new security pact between Australia, the UK and the US – known as AUKUS – looks like being good news for British defence contractors.

It was notable that, announcing the new pact alongside US President Joe Biden and the Australian PM Scott Morrison, Boris Johnson mentioned, early on in his statement, the benefits for the UK economy.

Mr Johnson said the pact would create “hundreds of highly skilled jobs across the United Kingdom – including in Scotland, the North of England and the Midlands – taking forward this government’s driving purpose of levelling up across the whole country.” 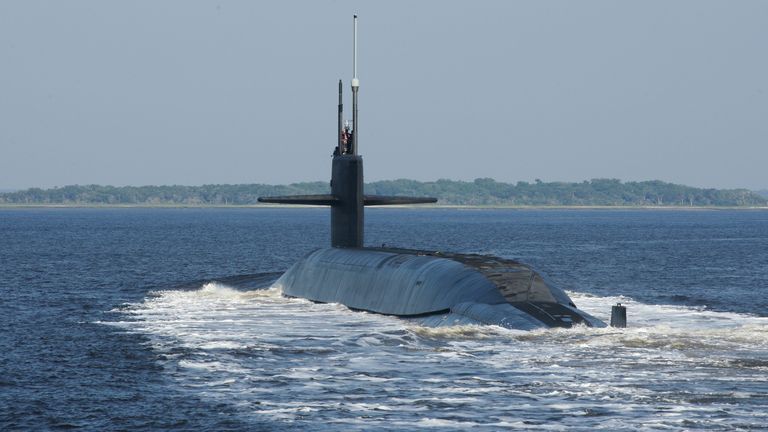 He went on: “We will have a new opportunity to reinforce Britain’s place at the leading edge of science and technology, strengthening our national expertise.”

The government’s statement said: “The UK has built and operated world-class nuclear-powered submarines for over 60 years. We will therefore bring deep expertise and experience to the project through, for example, the work carried out by Rolls Royce near Derby and BAE Systems in Barrow.”

Investors have taken that at face value.

Shares of Rolls-Royce, the aerospace and defence supplier, were up by 4.5% at one point on Thursday, making it the biggest single gainer in the FTSE 100.

And shares of BAE Systems, Britain’s premier defence contractor, were also up by 1%.

Both Rolls and BAE are expected to benefit from the US and the UK’s sharing of nuclear submarine technology with Canberra which, under the terms of the deal, will build eight nuclear-powered – but not nuclear-armed – submarines.

It started with HMS Dreadnought, on which work began in 1959 and which entered service in 1963. Previously part of the old Vickers Shipbuilding and Engineering (VSEL), it was bought by the late Lord Weinstock’s GEC in 1995, before becoming part of BAE in 1999.

Some 10,000 people are employed at Barrow, Britain’s biggest shipyard, where the fifth of seven Astute nuclear submarines is currently being built for the Royal Navy.

Barrow is also home to work being done by BAE, Rolls-Royce and the Submarine Delivery Agency to deliver Dreadnought, the successor to Vanguard, which launched in 1994 as part of the Trident nuclear programme.

BAE already has 4,000 employees in Australia and is currently building nine Hunter-class frigates for the Royal Australian Navy.

BAE said today: “As a company with a significant presence in all three markets [the US, UK and Australia], we stand ready to support the AUKUS discussions as they progress.”

Rolls-Royce has been involved with Britain’s nuclear submarines for just as long. 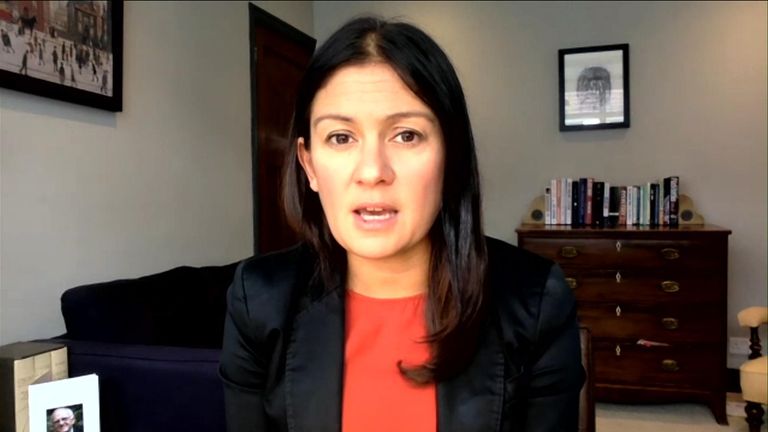 Its pressurised water reactors powered HMS Dreadnought and have powered all of the Royal Navy’s nuclear submarines since. More than 1,500 people are employed in the design, manufacture and maintenance of the plants and the secondary propulsion systems they power, most of them at the Rolls site at Raynesway, Derbyshire.

Rolls is currently carrying out early-stage work on a nuclear reactor that could power future attack submarines and it is thought the technology could also be applicable to the new Australian subs. Nuclear powered submarines are typically 8 knots faster and can stay submerged for longer than conventional submarines and, because they create less noise, are also harder to detect.

The third major player in the UK’s nuclear submarine sector is Babcock, which repairs and maintains a facility at Faslane, 25 miles west of Glasgow, which is home to the Vanguard and Astute fleets. 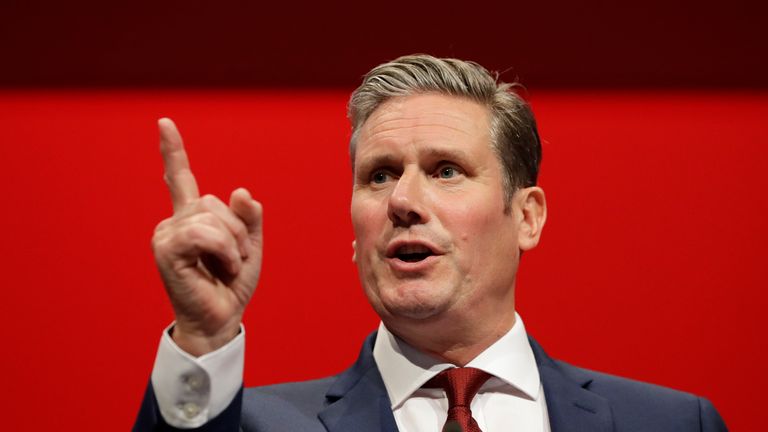 It also maintains the nuclear fleet at Devonport Royal Dockyard in Plymouth, which along with the nearby HM Naval Base Devonport, is the largest naval support site in western Europe. Shares of Babcock rose by 2% on Thursday.

If these three UK companies stand to benefit from the AUKUS pact, the likeliest loser appears to be the French aerospace and defence giant Thales, which owns 35% of Naval Group, the state-controlled defence and shipbuilding contractor, which had an A$50bn (£26.4bn) contract to deliver a conventional diesel-powered submarine fleet to the Royal Australian Navy that has now been superseded.

The contract had already overrun in both cost and time and there have reportedly been disputes with the Australian government over the design of the craft. Because the vessels were being built in Australia, not France, the resulting job losses will be in Adelaide rather than Toulon.

The new pact is expected to benefit other British businesses beyond BAE and Rolls because it is also likely to promote co-operation between Australia, the UK and the US in a host of related fields, including sonar technology, not to mention fields such as artificial intelligence and quantum technologies. 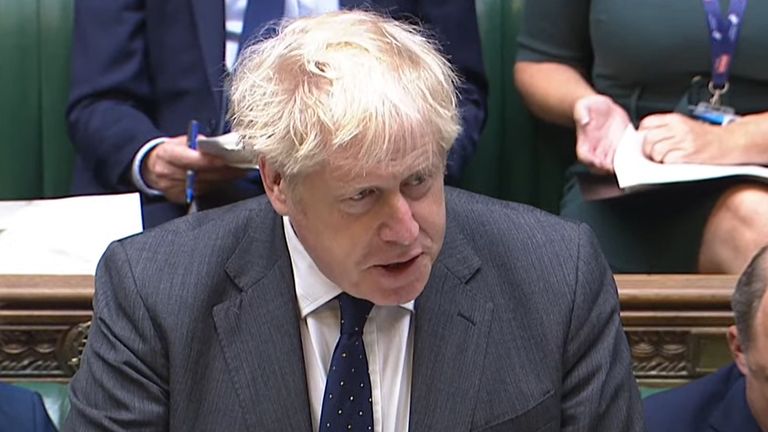 PM: ‘I have no hesitation trusting Australia’

This sharing of information and technology could in turn support numerous companies in Rolls and BAE’s supply chains.

Ironically, that could include the UK arm of Thales, which has a contract to provide sonar systems to the Dreadnought project.

Every MP will be contacted today by a chief constable to ask them about any more security arrangements they may requir...

END_OF_DOCUMENT_TOKEN_TO_BE_REPLACED

The Speaker of the House of Commons has promised to "examine" safety measures for MPs following the killing of Sir Dav...

END_OF_DOCUMENT_TOKEN_TO_BE_REPLACED

A minister has denied that the business secretary lied when he said there were talks ongoing in government about help ...

END_OF_DOCUMENT_TOKEN_TO_BE_REPLACED

A combination of design flaws in Apple Pay and Visa could allow hackers to perform contactless payments without the iP...

END_OF_DOCUMENT_TOKEN_TO_BE_REPLACED

Sir Keir Starmer has ruled out nationalising the big energy firms if he wins the next election.Asked if he would pursu...

END_OF_DOCUMENT_TOKEN_TO_BE_REPLACED

Foreign secretary Liz Truss will travel to Mexico to push for the country's support for the UK to join an internationa...

END_OF_DOCUMENT_TOKEN_TO_BE_REPLACED

Boris Johnson has said France should get over its anger at a partnership between the UK, US and Australia that saw the...

END_OF_DOCUMENT_TOKEN_TO_BE_REPLACED

Some of the UK's biggest energy companies could be offered state-backed loans in return for taking on customers from s...

END_OF_DOCUMENT_TOKEN_TO_BE_REPLACED

Fears remain over the future of a number of UK energy providers due to surging gas costs as it was confirmed the price...

END_OF_DOCUMENT_TOKEN_TO_BE_REPLACED

Boris Johnson has said the UK's relationship with France is "indestructible" despite the fallout from the new military...

END_OF_DOCUMENT_TOKEN_TO_BE_REPLACED

The England and Wales Cricket Board (ECB) has cancelled a warm-up tour in Pakistan for England's men's and women's tea...

END_OF_DOCUMENT_TOKEN_TO_BE_REPLACED

New Foreign Secretary Liz Truss has defended the UK's "hard-headed" security pact with the US and Australia, amid a de...