SpaceX launch: Four citizen astronauts blast off on three-day journey, and will orbit Earth every 90 minutes

The first all-civilian crew ever to orbit the Earth have blasted off on their historic mission.

The Dragon capsule containing the four citizen astronauts was launched atop a SpaceX Falcon 9 from the Kennedy Space Centre in Florida.

The launch is the latest giant leap in a new era of commercial space travel.

One of those aboard the mission, billionaire entrepreneur Jared Isaacman, paid an undisclosed fee to SpaceX for the chance to fly with three others.

During its three-day journey the capsule will orbit the earth once every 90 minutes at a speed of more than 17,000mph and an altitude of 360 miles – even higher than the orbiting International Space Station and Hubble Space Telescope. 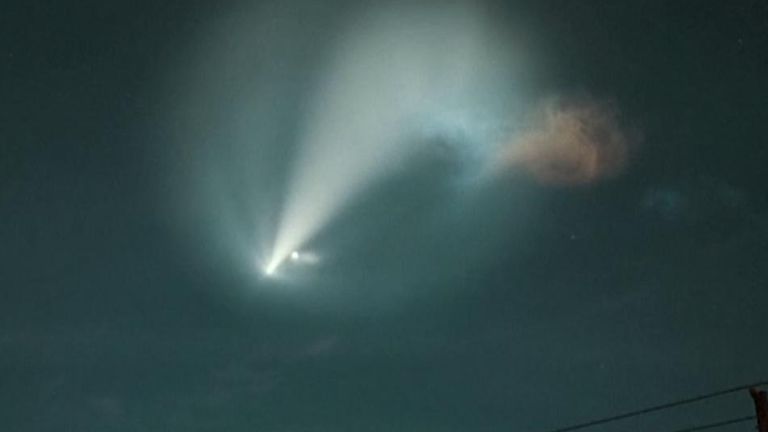 SpaceX produced a spectacular sight on the ground in Florida.

One of his crewmates, Hayley Arceneaux, was diagnosed with bone cancer as a 10-year-old. Now 29 and a physicians’ assistant at that cancer hospital, she is the youngest American ever to visit space and the first with a prosthesis.

At one point a golden retriever stuffed toy mascot, representing the assistance dogs used at St Jude, could be seen floating around the capsule in the weightlessness of space.

Although the craft is being controlled remotely from the ground, it does have a designated pilot. Sian Proctor, once a NASA astronaut candidate, is proud of her role aboard.

“There have been three black female astronauts that have made it to space and knowing that I’m going to be the fourth means that I have this opportunity to not only accomplish my dream, but also inspire, and inspire the next generation of women and girls of colour,” she said.

One person not on board is SpaceX founder Elon Musk, but the mission is being seen as the next stage of fulfilling his ambition to reach new targets in space. 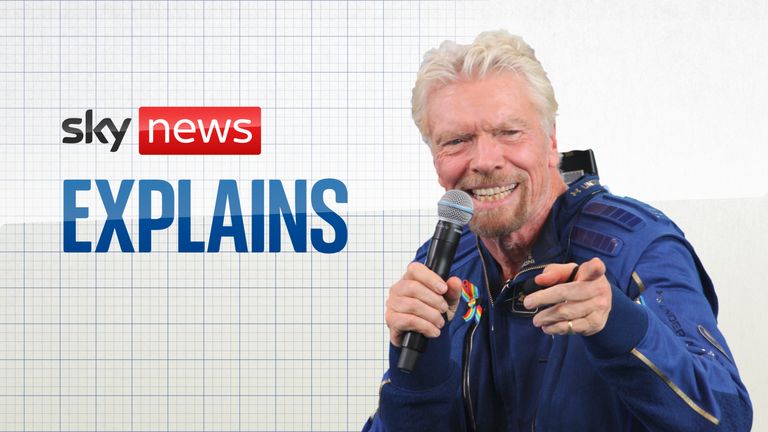 Why billionaires are going to space

This summer has seen billionaire space tourism rivals Richard Branson and Jeff Bezos reach the edge of space in vehicles they have spent millions building.

But experts say this orbital mission, with SpaceX already the frontrunner in the business of commercial space travel, is of greater significance.

Retired NASA astronaut Ron Garan Jr, who flew missions to the International Space Station aboard the Space Shuttle, told Sky News: “There are no passengers on this mission, they’re not there for minutes, they’re there for days, they have actual mission objectives that they’re trying to achieve, so it’s an order of magnitude more challenging and more risky.

“But this is the dawn of a new era of space travel.” 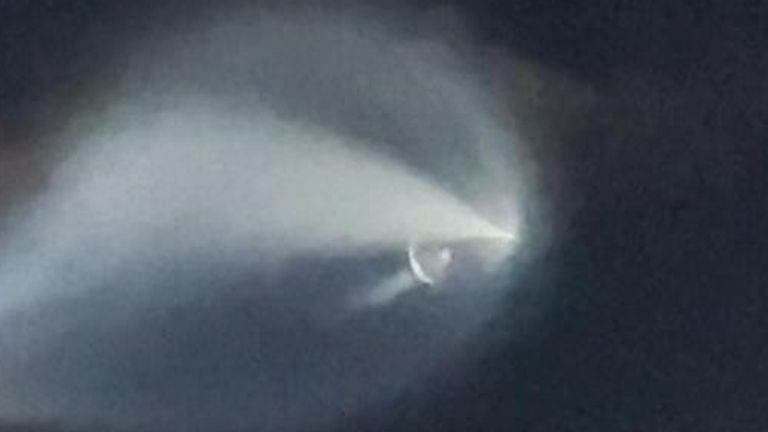 And that, according to planetary scientist Tanya Harrison, is good news for everyone who wants to go to space. “It is a huge step in showing it’s not just billionaires and their employees going into space but regular people and they’re going farther than we have in decades.”

The crew have have spent five months training for the mission. If all goes according to plan the capsule is due to splash down in the Atlantic in three days.

Excited Evertonians are looking forward to moving from Goodison Park to the club’s new stadium at Bramley-Moore...

END_OF_DOCUMENT_TOKEN_TO_BE_REPLACED

Ole Gunnar Solskjaer expresses his views on the availability of Fred and Edinson Cavani for the Leicester City and Atalanta fixtures...

END_OF_DOCUMENT_TOKEN_TO_BE_REPLACED

The first trips from the UK to space are a step closer following an agreement between an Edinburgh-based rocket compan...

END_OF_DOCUMENT_TOKEN_TO_BE_REPLACED

A massive solar flare is due to hit Earth today, authorities are warning - potentially disrupting power grids and brin...

END_OF_DOCUMENT_TOKEN_TO_BE_REPLACED

Things just got a bit scary over at Vans. Vans has partnered with Warner Bros. Consumer Products to bring class...

END_OF_DOCUMENT_TOKEN_TO_BE_REPLACED

Alisson and Fabinho both added 90 minutes to the bank for Brazil in their latest victory, with it only the third time Liverpool’s ...

END_OF_DOCUMENT_TOKEN_TO_BE_REPLACED

By learning directly from experienced pros, observing preparations for upcoming games and travelling with the matchday squad, player...

END_OF_DOCUMENT_TOKEN_TO_BE_REPLACED

Boris Johnson will close his party's conference in a rousing finale in which he will accuse his Tory predecessors of "...

END_OF_DOCUMENT_TOKEN_TO_BE_REPLACED

William Shatner: Star Trek actor, 90, to blast off into space next week

After decades playing Captain Kirk in Star Trek, it's William Shatner's turn to boldly go where no man has gone before...

END_OF_DOCUMENT_TOKEN_TO_BE_REPLACED

A bomb has exploded in the entrance of a mosque in the Afghan capital Kabul, leaving a "number of civilians dead", acc...

END_OF_DOCUMENT_TOKEN_TO_BE_REPLACED

Brighton 0-0 Arsenal: Back down to earth | Arseblog … an Arsenal blog

Match report – Player ratings – Video After the heights of the win last weekend, Arsenal were brought back down to earth yesterday ...